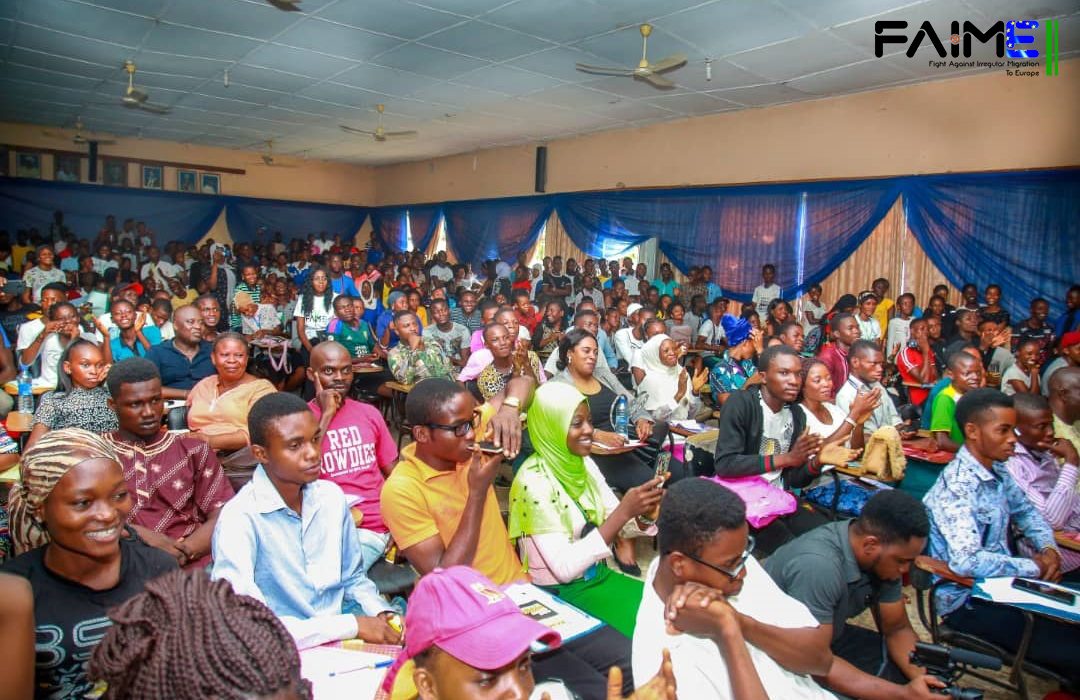 The first phase of the event which took place at the Federal College of Agriculture, Moor Plantation, Apata, Ibadan on Wednesday had in attendance officials from the National Agency for the Prohibition of Trafficking (NAPTIP), National Emergency Management Agency (NEMA), National Directorate of Employment (NDE), as well as representatives of the Nigerian in Diaspora (NIDO) Germany Chapter.

In his speech, The Deputy Comptroller General of Immigration in Oyo state, Mr Akinniran Akinlade enlightened the youth on the means of migrating to Europe legally.

According to him, “If you must travel to Europe or any other country abroad, ensure you are certified by having the necessary requirements and documents which entails, International Passport, VISA, Yellow card etc.”

He said it is only by having these documents that you would be legal to stay abroad without having any issue.

In his own words, a representative of the NAPTIP said the federal government has declared war on those involved in human trafficking, saying it is not going to be easy for anybody caught in the act of human trafficking again.

Talking about her experience while engaging on irregular migration to Italy, Mercy Akinkuowo said she saw hell on the way and yet couldn’t get to Italy before she voluntary reported to the Nigerian Embassy in Libya for deportation back to Nigeria.

Narrating her ordeal, Akinkuowo said she was deceived by a human trafficker who lied to her that the journey will only take her one week to get to Italy.

“It was only God that saved me, I was imprisoned in Libya when caught, I was sold out as slave and many of those whom we embarked on the journey together lost their lives in the desert,” she said.

YEESSI Chairman, Kazeem Ojoye, however, said the organisation in conjunction with NIDO Germany will soon organise an empowerment programme for the Nigerian youth, where experts would be invited from Germany to train the youths on various skills and vocations.

He further said the second phase of the enlightenment programme will take place at the University of Ibadan on Tuesday, June 18, 2019. 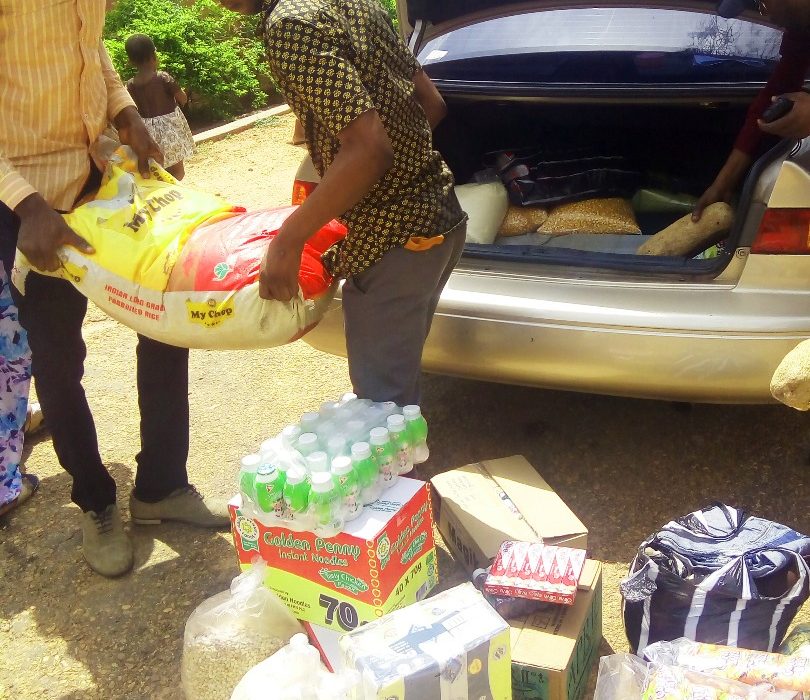 As part of YEESSIs core objective to touch the lives of Nigerians most especially “the young ones”, the NGO on the 21st day of April, 2018, made donations to some of the most vulnurable beings in Ibadan via the ibadan juvenile correctional institute.

The NGO also donated lots of food items, toileteries, clothes and other relief materials during the humanitarian visit. The Coordinator of YEESSI, Mr Kazeem Ojoye affirmed that plans are in place to commence other projects and programmes as soon as possible as the NGO is never stopping on its “IMPACT” agenda. He also called on other non governmental organizations, well-to-do Nigerians to emulate YEESSI in a bid to have a better society.

In attendance at the event were some of the members of the Youth Enlightenment Empowerment and Self Sustainability Initiative (YEESSI) including the executive secretary, Mr Tunde Buremo, Mr Adisa Oluwaseun, Mrs Aladefa Aramide, Mr Oluwaseun Ladipo among others. 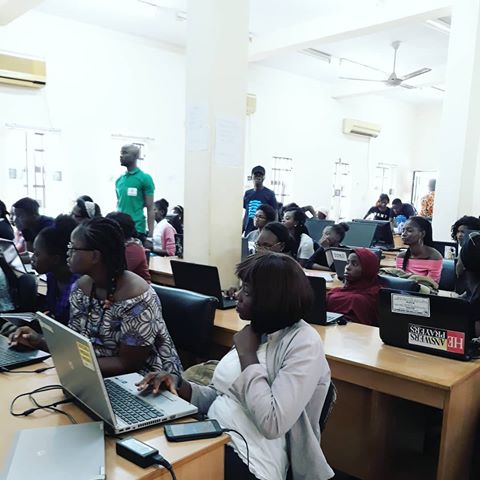 The female designer movement (TFDm) in partnership with the youth empowerment enlightenment and self sustainability initiative (YEESSI) has successfully empowered more than hundred participants at a recent event aimed at female youths to promote their passion and interest in the graphic design niche. 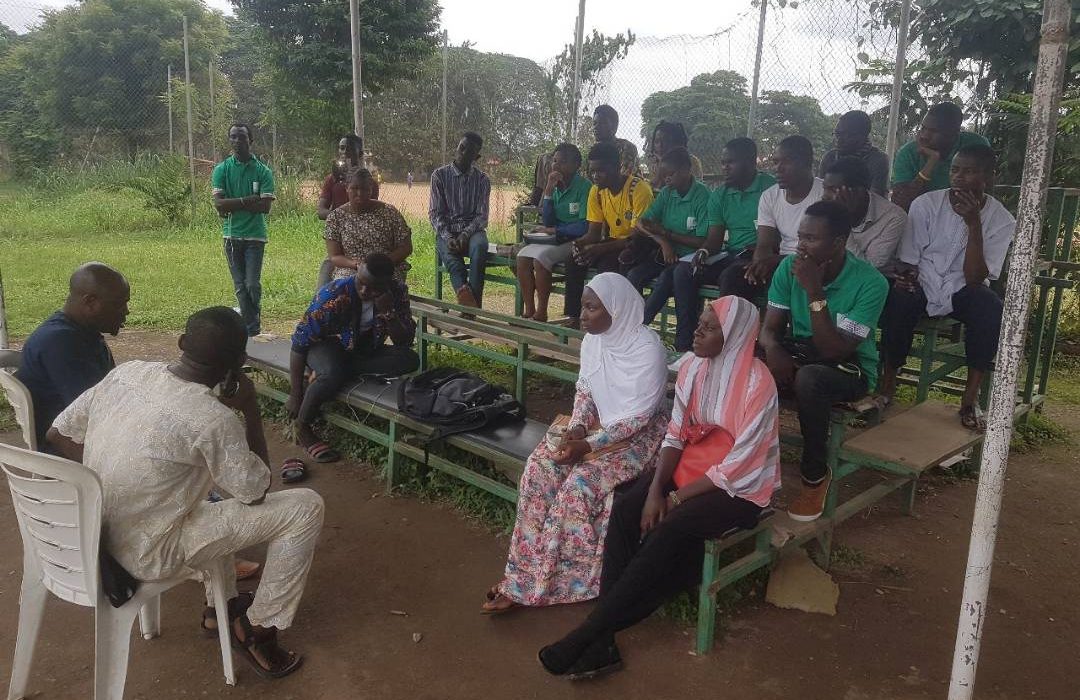 The students of university of Ibadan who are members of the youth empowerment enlightenment and self sustainability initiative (YEESSI) had an empowerment and enlightenment hangout with the president of the NGO, Mr Kazeem Ojoye.

The hangout had in attendance, members of YEESSI board of trustees with some executive members. The speakers at the event buttressed the importance of self sustainability and acquisition of entrepreneurial skills as veritable tools in the fight against unemployment in Nigeria.

The students were so inspired and motivated after the hangout and wished for more of such events from yeessi in recent times.